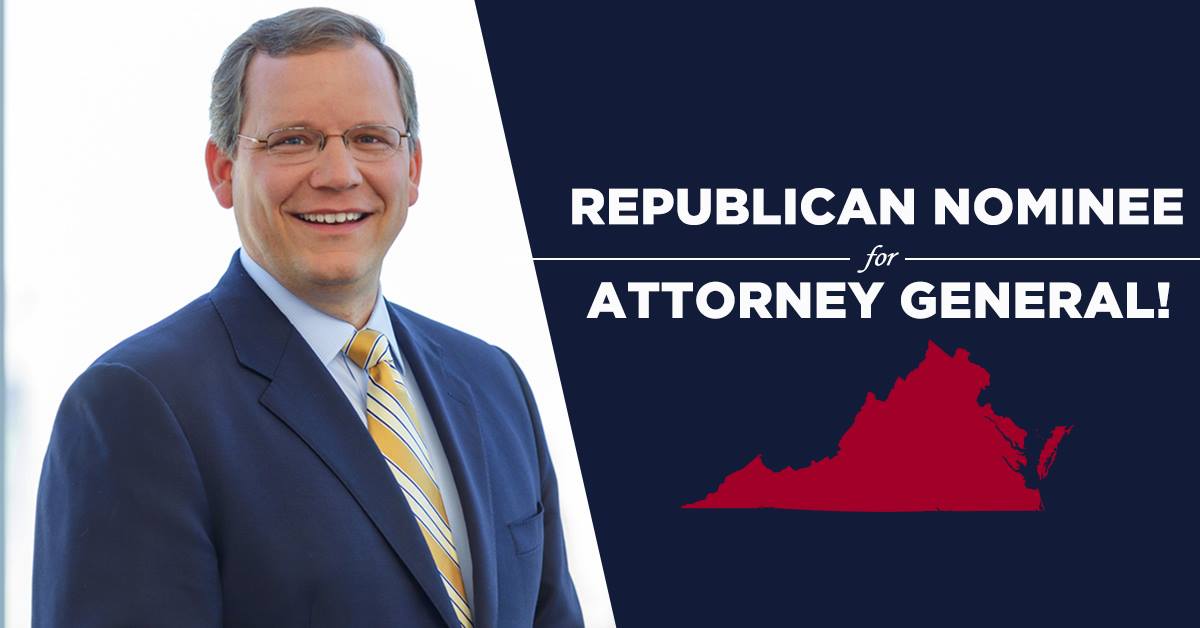 Congratulations to John Adams, who has become the presumptive Republican nominee for Attorney General in the 2017 general election!

(For those who haven’t heard, Rob Bell dropped out of the race late last year for family reasons, and it was announced yesterday that Chuck Smith failed to qualify for the ballot by gathering the required signatures. John Adams is now the presumptive nominee.)

John Adams is a highly qualified and capable lawyer – he has served as a former federal prosecutor, a United States Navy officer, an Associate White House Counsel to President George W. Bush, and as a clerk to Supreme Court Justice Clarence Thomas.

The incumbent attorney general, Democrat Mark Herring, is a partisan politician who has no regard for the law. His first act in office was to unethically attack Virginia law in court, and he has made other unconstitutional actions such as attempting to unilaterally revoke Virginia’s concealed carry reciprocity agreements with other states. He has used his power to force a left-wing agenda on Virginians instead of enforcing the law.