Second, FCRC is currently accepting applications for internships for students for 2012. Applications are being accepted for winter and spring internships. This will be a very exciting time to work for the FCRC in the heat of a presidential race and a Senate race. The internships are open to middle school, high school, and college students. See the details below. 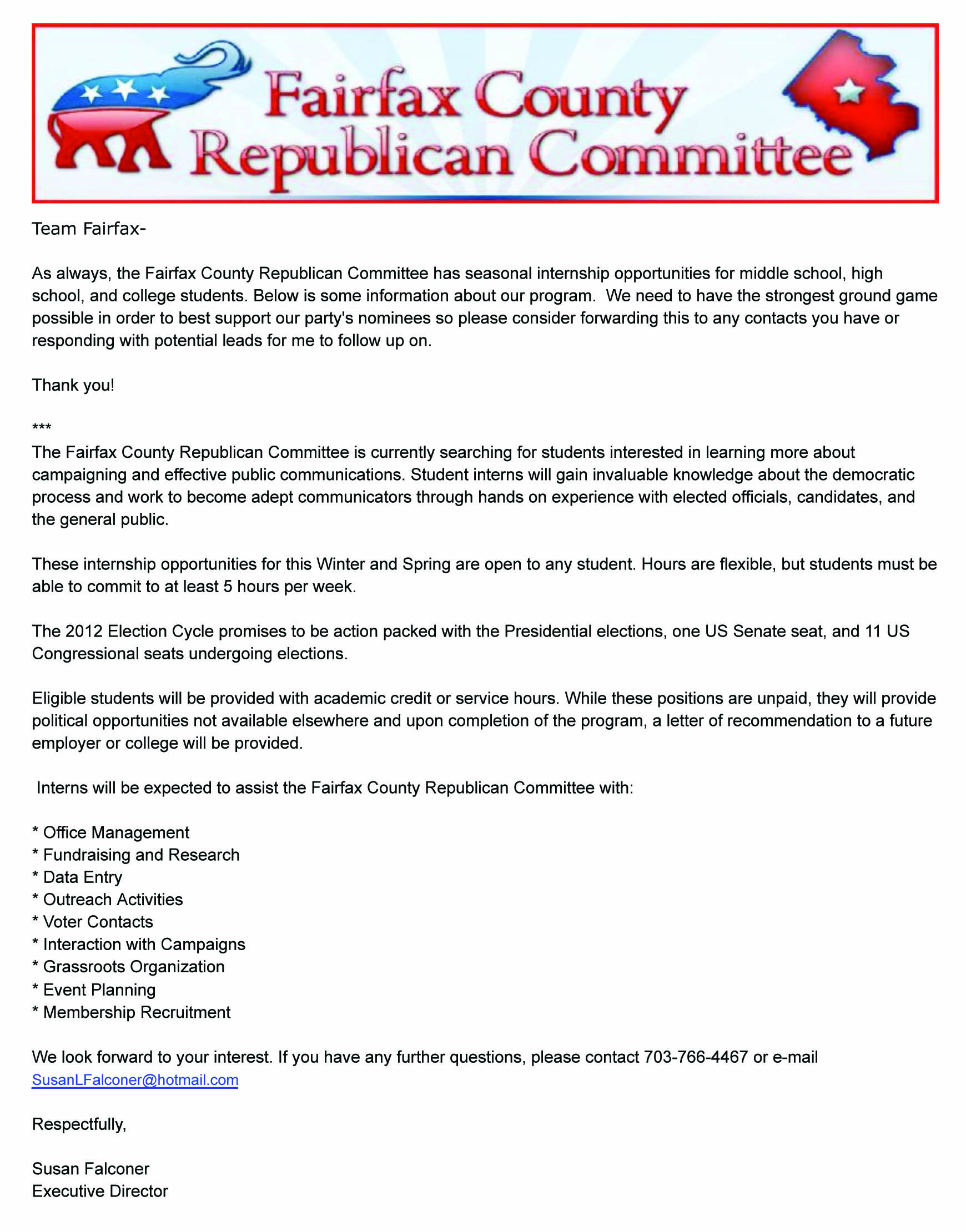